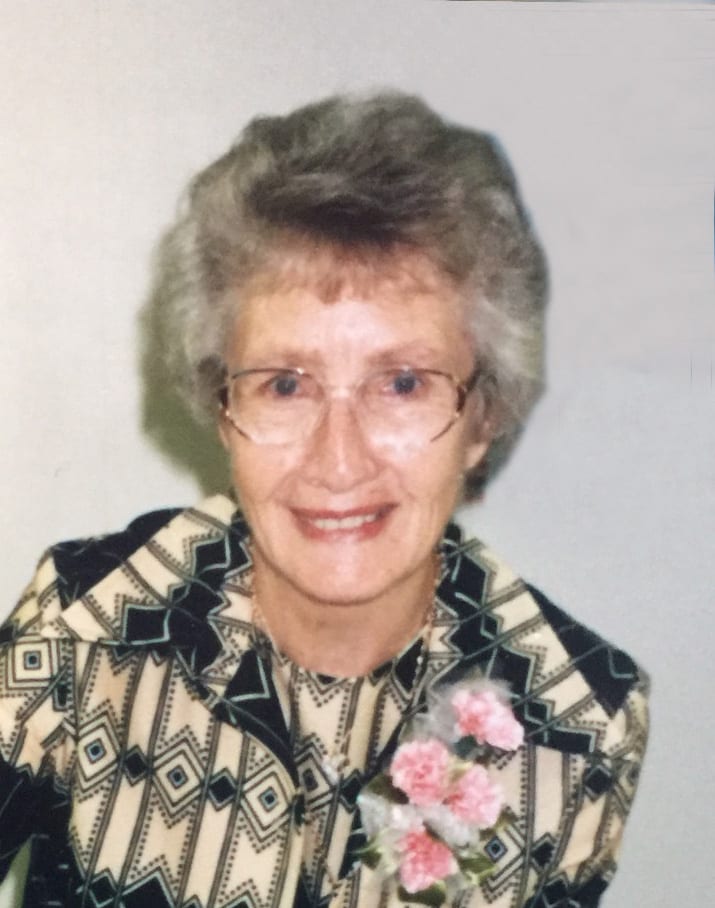 Arlene was born February 25, 1931, in Nebraska to Harry and Lacy Snow.  She grew up in several small farming towns/communities in Nebraska, and went to high school in Gandy.  She married Earl A. Lamb on February 25, 1950, and worked on a ranch in the Sandhills near Tryon, NE, owned by Grayston Philpot (previously owned by Harry and Lena Lamb). They moved to Emmett, Idaho, in 1956.

She was a member of the Emmett Methodist Church for 60+ years.  In the early years, Arlene was a housewife and mother. She and Earl would go dancing in Boise, mostly at the old 7-Mile dance hall.  Even after Dad passed, when a good song came on, she would grab someone to dance, or dance by herself. We would see her dancing up until the very end.

All of her life, she was a hard worker, taking care of farm animals, and harvesting vegetables from the garden and fruit from small orchards.  In the 60’s, Arlene started working at Walter Knox Memorial Hospital.  She retired after working there for over 30 years.  Following retirement, she continued working outside, helping Earl manage a small acreage and a few head of cattle.  (She always said she worked harder and longer hours after retirement.)  Arlene started walking for exercise after back surgery in the 70’s and continued until she couldn’t any more. Many people remember her and her neighbor, Jodi, walking a couple of miles every morning. She loved talking and visiting with people; and hugging on her grandkids.

Arlene is survived by her children: Roger (Myrna) Lamb, Eagle, ID; Beverly (Joe) Goldsby, Longview, WA; and Barbara Lamb, Emmett, ID; her grandchildren: Sarah (Jordan Pense) Goldsby, Larissa (Jason) Goldsby-Hurita, and Joe Jr (Codie) Goldsby; and great-granddaughter, Kylie Hurita.  She was preceded in death by her husband, Earl Lamb.  Memorials may be made to the charity of your choice