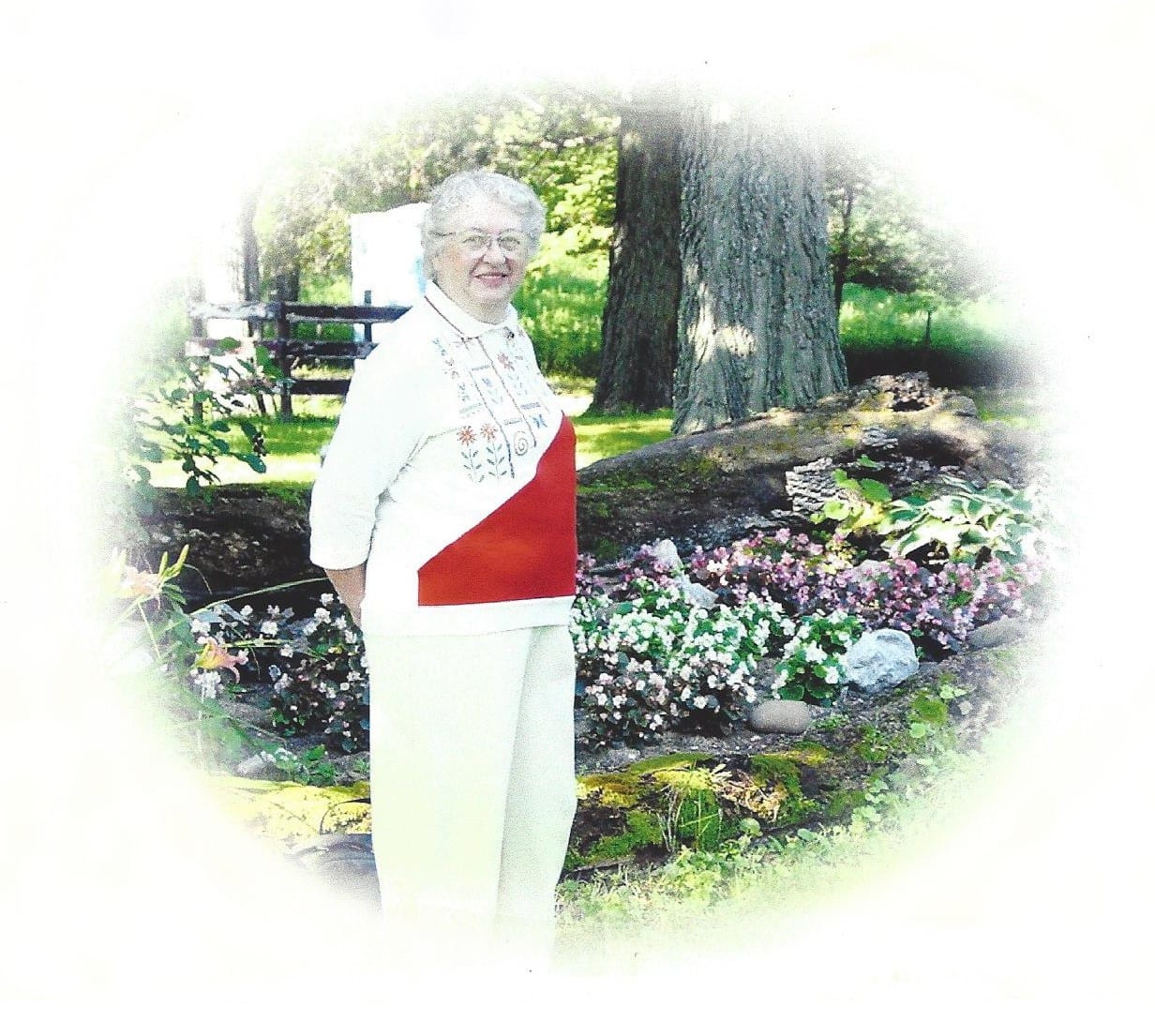 Services were held Friday, April 23, at Bethel Assembly of God Church in Thedford, with her grandson, Pastor Chris Johnson officiating.

Govier Brothers Funeral Home in Broken Bow was in charge of arrangements.   A memorial has been established to World Missions through the Broken Bow Assembly of God Church.

Betty was born on May 29, 1926  in the little sod house on the Dismal River near Thedford, NE to Ralph and Edith (Ricks) Jameson. She grew up there and since there was no school nearby, she was held back until her brother was old enough for school then the Albright school was moved in a quarter mile from their home. She attended the Nebraska State High School of Agriculture in Curtis NE her freshman and sophomore years, then finished up and graduated from Thedford with a Normal Training Certificate. One of the things that stood out to her was the day in high school when all the kids were called together to listen to President Roosevelt declare war on Japan. She said it was a very sober day.  After high school, she taught school in Broadwater and Bayard, NE. She then moved back home to the Dismal River to help on the home place and ended up teaching school there as well.    Betty married Kenneth Neal on May 19, 1947 in Stapleton, NE.   To this union three boys and two girls were born.  She experienced so much in 94 years of life….inside plumbing, horse and buggy to automobiles, modern kitchen appliances, television…plus the hardships of drought and blizzards, especially the Blizzard of ’49.  She lived most of her adult life in Thedford, working as a homemaker, always baking up fresh bread, canning and freezing all her garden produce. She worked as a waitress, worked with her husband at the Neal Lumber store,  and had many little jobs to help the family out.  In December of  2016, a few months after her 90th birthday, she went to live with her daughter and husband in Broken Bow and remained with them until going into Brookstone View a week before her homegoing.

Betty was a member of the Thedford Vicinity Women’s Club, was a 4-H club leader,  school board member, Sunday School teacher, Women’s Ministry director, was a member of the Bethel Assembly of God Church in Thedford, and she loved to play her organ. She was an excellent artist and most of her children or grandchildren have at least one oil painting of hers, sewed many quilts for her family, and crocheted her daughters and  most of her granddaughters a table cloth. Gardening and growing flowers was her love and she often commented how she missed her garden.    She loved her family and her Lord and they loved her dearly as well.

Burial was in Hillcrest Cemetery in Thedford.

Betty was preceded in death by her parents, husband, three sisters, and one brother.