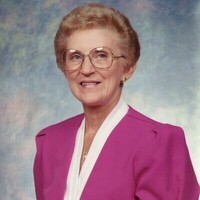 Bonnetta C. Kemp age 88 of Sargent and Seneca, passed peacefully July 22, 2022, under the care of the staff at the Rose Lane Home in Loup City, NE; where she had resided for the past seven years.

Bonnetta Cleo (Edelman) Kemp was born on December 17, 1933, to William ‘Perl’ and Sylvia ‘Cleo’ (Miller) Edelman at her uncle’s home in Broken Bow, NE.  She was one of the youngest of eight siblings.  She was raised in the Seneca, NE and graduated from Seneca high school in 1950.  Upon graduation, she worked for the Seneca bank.  She married Jack Leroy Kemp on May 11, 1952 in Seneca NE.  They began their life together in Hastings, NE.  They both attended college in Des Moines, IA until Jack was drafted into the Army in 1952, when Bonnetta returned to Seneca to live for awhile. Then the couple moved to Colorado Springs, CO whilte Jack finished his tour of duty. After his discharge in 1955 the couple moved back to Nebraska

Bonnetta and Jack moved their family to Mullen, NE in 1964.  She raised three children while pursuing both a degree and career as an Accredited Medical Record Technician (AMRT).  After she received her degree, she worked in the Mullen Hospital.   The family re-located to Sargent, NE in 1976.  Until retirement, she continued to expand her degree, working as a Director of Medical Records and a Medical Records Consultant in many hospitals across both NE and Kansas.  She retired in 1999.

Funeral services will be held on Wednesday, July 27, 2022, at 11:30 AM Mountain Time at the United Church of Christ in Seneca with Pastor Les Parmenter officiating.  Burial will be in the Seneca Cemetery.  A visitation will be held on Tuesday 9:00 AM to 5:00 PM at Govier Brothers Mortuary in Broken Bow.  Govier Brothers Mortuary is in charge of arrangements.  Memorials are suggested to the Seneca Cemetery or Asera Care of Grand Island.