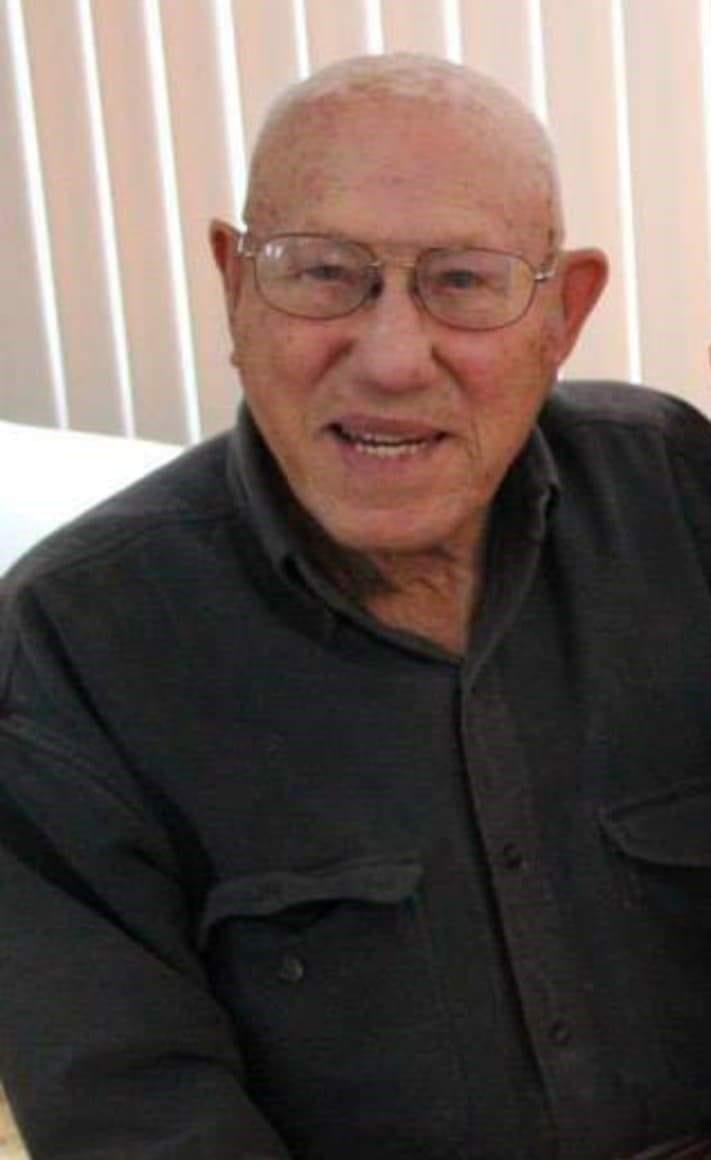 Dave graduated from the Thomas County High School at Thedford with the class of 1939, and then graduated from Radio and Television School in Omaha, NE.

Dave returned to Thedford and worked a short time for Irving Steen, helping install wind chargers. Dave worked for Western Electric Telephone Co about two years installing telephone equipment in towns in Nebraska and South Dakota, until Dave was inducted into the Army Signal Corps on June 17, 1942. Dave served 3 ½ years during World War II in England, France, Germany, and the Philippines. He received an honorable discharge January 1, 1946 with the rank of Master Sergeant.

September 8, 1948, Dave married Vada Bartlett and to this union were blessed with two sons and a daughter. Dave retired from Consolidated Telephone Company after working 37 years.

Dave and Vada owned and operated Haumann Cable TV in Thedford for many years. Dave was Commander for many years of the Thedford American Legion Post #230 Firing Squad for Military Funeral Honors and Memorial Day Services. He also served as County Veterans Service officer. Dave was a Life member of the Thedford American Legion Post #230. Dave served on the Cemetery Board, Village Board, and School Board.

Dave enjoyed all family gatherings to see grandchildren, and great grands. Dave and Vada enjoyed all kinds of dancing and have attended many State and National Square and Round Dancing Conventions.

Funeral service will be held on Monday, June 22, 2020 at 10:30 a.m. at the United Church of Christ in Thedford, NE with Pastor Les Parmenter officiating. Burial will be in the Hillcrest Cemetery with Military Honors. Memorials can be made to the donor’s choice. Visitation will be held before service on Monday, June 22, 2020 at the Church. Mullen Funeral Home/Govier Brothers Mortuary are in charge of arrangements. An online guest book can be signed at www.govierbrothers.com for words of encouragement or remembrance. Mullen Funeral Home/Govier Brothers Mortuary will comply with the CDC and State of Nebraska.