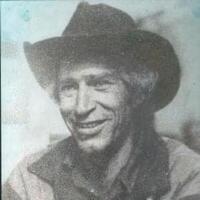 Doug graduated from McPherson County High School with the class of 1968.  He entered the U.S. Army and served in Korea during the Vietnam War.  After his discharge from the Army, he returned home to the family ranch, then worked for the Union Pacific Railroad and Nebraska Public Power District for a short time.  Then he moved to Montana where he worked as a guide with his brother.  In 1995 he moved back to North Platte and worked at the North Platte Senior Center and was a very efficient worker.  Doug attended North Platte Community College and achieved a certificate in electronics.  He was a member of AA, he always had a fondness for dogs, enjoyed the outdoors and traveling.  Doug will always be remembered as a free spirit.

Funeral Services will be 11:00 A.M., Friday, February 18, 2022 at the United Methodist Church in Tryon, Nebraska with Dan Connell officiating.  Military honors will be held outside the church following the service.  Private family burial will be at a later time.  Book signing will be 9:00 A.M. – 5:00 P.M., Thursday, February 17 2022 at Adams & Swanson Funeral Home who is in charge of arrangements.   The service will be livestreamed via the Adams & Swanson Facebook page for those unable to attend