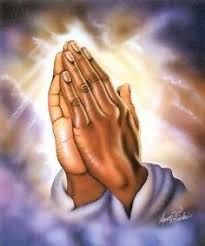 Funeral services will be held on Monday, August 2, 2021, at 2:00 PM Mountain Time at the Hooker County Fairgrounds Community Center.  Burial with military honors will be at the Cedarview Cemetery at Mullen.  A visitation will take place on Sunday, August 1, 2021, from 1:00 to 6:00 pm at the Mullen Funeral Home, in Mullen, NE. Govier Brothers Mortuary of Mullen is in charge of arrangements. An online guest book may be signed at www.govierbrothers.com.

In 1966, Gary was drafted into the Army.  He headed to Louisiana for basic training then to El Paso, Texas to learn how to drive a truck and on to Germany to work in Transportation, a short time in Spain, where he went to some bullfights.  He was discharged in 1968.

Gary got back into the rodeo circuit. He won the bull riding twice in Mullen.  In 1981 and 1982 he won 2nd in the NSRA bulldogging event.  It was normal for a bunch of guys to load up in front and back of his ol’ green pickup and head for the rodeo.

Growing up Gary always had a job usually on a ranch working at Big Creek, Jim Miller place and Sonny Hanna’s.  He hauled drywall, drove a cement truck, worked for Cherry County, and worked for Burlington Northern Santa Fe Railroad as a laborer on an Anchor Gang and a Grinder Operator until he retired in 2005.

Gary has worn many hats in his life but his most favorite one of course is his cowboy hat.  Gary has been around horses all his life.  He’s always been darn good at training horses.  The Carver Ranch at Whitman, NE hired Gary for 30 years to basically train their horses for their yearly horse sale.

Gary is a true cowboy and excellent horseman.  He along with Betty Karen have done everything they could to promote rodeo.  They have spent countless hours in the arena teaching kids the right way to do whatever they were wanting to do and then having them and their horses or going to watch them compete all over the state.  If a kid needs a horse Gary will mount them on one of his own or find one that works.  Gary also has a large selection of tack just in case someone needs something.  Gary is known for telling it like he sees it, which might have hurt some kids’ feelings a time or two, but it only made them cowboy or cowgirl up and improve in their talents.

You have to look long and hard to find a true cowboy that is so willing to share his knowledge and talent with our young kids.  There are many young and old that looked up to Pearman for his knowledge and guidance. Thank You Gramps!