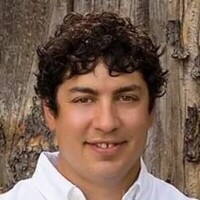 Jerome graduated from North Platte High School in 2002. Upon graduation, he attended Garden City Community College on a full ride baseball scholarship.  It wasn’t long before he missed the Good Life and transferred to University Nebraska Kearney where he continued his education and college baseball career.

While studying in Kearney, he met the love of his life, Abigail Opela, and they were married August 21, 2009 in Stapleton, Nebraska. They decided to put down their roots in North Platte and Jerome took a position at TK’s Welding’s.  Jerome’s talents were immense/plentiful and he set his sights on a business of his own. In 2014, Vieyra’s Metal Works, a fabrication and welding business, was established in Sutherland Nebraska.  The business flourished and in 2018 Jerome moved his family and the business to North Platte.

Jerome was a force of nature- he lived big, he loved hard- he was determined to give his family the life they deserved.  His family meant more to him than anything else in the world, something he proudly and often mentioned.  Being a father was his most precious and prestigious honor.

Quality family time was spent teaching his children his unique skills and sharing in his artistic talent.  Jerome was a fun-loving and one-of-a-kind father, allowing his children to express themselves creatively even if it meant he had to wear bright pink lipstick and matching nail polish.  He would often return the favor and paint his daughter’s nails and apply the same pretty lipstick and then let her kiss him all over– he loved to make her feel special.  Time with Jerome III was a little more manly.  They spent hours together in the shop and outdoors.  Jerome was known for letting Jerome III spray paint his toys and bikes. He was up for anything that added creativity or a personal flare.

An avid outdoorsman, Jerome loved hunting, fishing, camping and the 4th of July.  His interests and talents were vast and varied. With an inquisitive mind and a passion for learning, Jerome was always reading, learning, and trying new things. He could often be found with his nose in a phone watching “How To” videos on YouTube.   From learning how to wire his house to building spin tops on his lathe for the kids, Jerome was always tinkering, creating, and working with his hands. He was an exceptional welder, fabricator, and artist. Everything Jerome did, he did with his whole heart, he was extreme and extravagant.

Jerome will forever be remembered as a devoted father and a loyal friend.  Making friends was easy for Jerome as he had a personality and smile that could light up the darkest of rooms. Warmth, vibrance, and a little orneriness radiated from his exuberant laugh.   His childlike spirit and zest for life made him easy to love.  There was never a dull moment when he was around.

Jerome’s legacy will live on in the sweet smiles and sparkling eyes of his precious children who will remember a father that loved them deeply.

He is preceded in death by an infant sister, Erika; grandfather, Louis Vieyra; grandparents, Doris and Richard Tucker.

A memorial has been established.  Online condolences may be shared at www.adamsswanson.com.

Mass of Christian Burial will be 3:00 P.M., Friday, May 13, 2022 at Saint John’s Catholic Church, Stapleton, Nebraska, with Rev. Thomas Gudipalli officiating. Rosary will be at 2:30 P.M., prior to Mass.   Inurnment will follow the service at Loup Valley Cemetery, Stapleton, Nebraska.  Book signing will be 9:00 -5:00, Thursday, May 12, 2022 at Adams & Swanson Funeral Home who is in charge of arrangements.