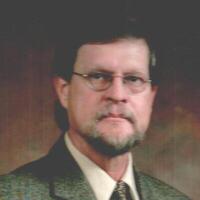 On Wednesday, July 13, 2022, Jerome “Jerry” Douglas Pedersen, loving husband and father of three children, passed away at the age of 70.  Jerry was born January 18, 1952, in North Platte, NE to Vyvene and Richard Pedersen.

Jerry graduated from Stapelton Nebraska High School in 1970 and immediately joined the United States Air Force serving a four year tour of duty.  He received multiple degrees from Austin College.  He graduated from Austin College on a scholastic scholarship.  Jerry started as an art teacher for fourteen years then advanced to administration assistant principal and retired in 2009.  On January 3, 1974, Jerry married his soulmate and the love of his life, Mitzi Ann Bartlett.  Together they raised one son, Jason and two daughters, Rebekah and Elizabeth.

Jerry had a passion for helping others in need.  Some of his favorite things to do were donating his time to his community.  Groups that Jerry was involved with were Gideon’s, Emmaus, board member of T.E.F.C.U., board member of Appraisal District for Grayson County, and member of H.O.G.  These are only a handful of Jerry’s accomplishments.  For those who knew Jerry knew he was a man of many talents.

He was preceded in death by his parents, brother Jimmy and sister Debbi.

Jerry is survived by his wife, stepmother Jacque Pedersen, children, son-in-law Jason Griffith, his brothers Paul and wife Mary and Bob and wife Joyce, sisters Vicki and husband Michael and Kathi, and brother-in-law David Scheibe, grandkids Dylan, Cooper, Cheyenne, Cason, Codi, Aniya, Ben, Nick, Caiden, Sara, Lisa and Jake, and two great grandkids, who will carry on their Papaw’s legacy along with his children. He is also survived by many cousins, nieces, and nephews.