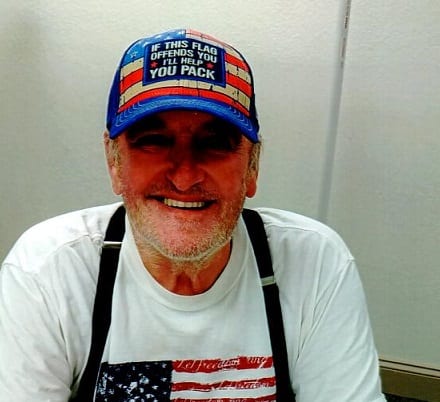 John Edward Santo 76, of Stapleton, NE passed away November 25, 2020 at Hillcrest Firethorn in Lincoln, NE. He was born on March 7, 1944 at Stapleton to John E. and Margaret Becker Santo. He grew up on the family farm outside of Stapleton, NE and graduated from Stapleton High School in 1962.  He then entered the U.S. Navy and was aboard the USS Wasp.

He was united in marriage to Connie Lynn Bradford on April, 11 1970 in Boston, MA and then moved back to Stapleton, NE where they lived their lives on the family farm until 2005 when they moved to town.

John was a member of the American Legion and the VFW. He loved gardening and enjoyed giving away his produce and had “Farmer John’s Pumpkin Patch.” He was known at the UPRR as “The Mayor of The Garfield Table.” John especially loved playing Santa Claus for children.

He is preceded in death by his parents; and daughters, Corey Bergsten and Kimberly Santo.