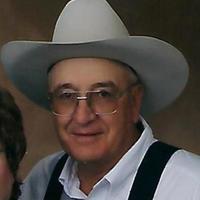 Lawrence was born March 17, 1939 in Maxwell to Hans and Dora Ellen (Bockus) Hansen. He graduated from Curtis State High School with the class of 1957, attended college for a semester at the University of Nebraska Lincoln, and returned home to the family farm. On June 10, 1962 in North Platte he married Gloria Jean “Jeannie” Folchert. The first five years of married life were spent on the family ranch south of Maxwell. In 1968 they purchased from Jeannie’s parents the property near Wellfleet where she had grown up, and they lived there until 1989 when they bought a ranch in Cherry County, relocating to the Sand Hills. In 1996 they purchased a ranch southeast of Alliance. In 2002, wanting to return to the region where both had grown up, they traded the ranch at Alliance for a ranch at Stapleton. At that time Jeannie and Lawrence moved into a home north of North Platte.

Lawrence was always willing to help others around him and was a good neighbor. He enjoyed playing poker and pitch. He enjoyed his grandchildren and their activities.

Memorials are suggested to the Gift of Hope Cancer Foundation and online condolences may be shared at www.adamsswanson.com.

Funeral Services will be held 11:30 a.m. Wednesday, December 11, 2019 at Adams & Swanson Funeral Home with the Reverend Daniel Ramsey officiating. There will be a reception and meal after the service at the North Platte Moose Lodge 1315 East 4th Street followed by the burial in the Curtis Cemetery. Visitation will be noon – 8:00 p.m. with the family receiving friends 6:00 p.m. – 8:00 p.m. Tuesday, December 10, 2019 at Adams & Swanson Funeral Home which is in charge of arrangements.