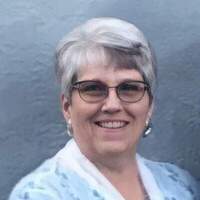 Lois Mary (Phipps) Hardy was born July 12, 1957, in Alliance, Nebraska as the youngest of three children to Leonard and Ferrissa (Malcolm) Phipps. She passed away on March 31, 2022, in North Platte, Nebraska at the age of 64 surrounded by family after a battle with cancer.

Growing up on the family ranch north of Whitman, Nebraska in Cherry County, she attended Calf Creek School through the seventh grade. She then went on to school in Mullen, NE.  She graduated from Mullen High School in 1975. While attending high school she met the love of her life and she and James (Jim) Hardy were united in marriage on February 1, 1975. To this union three children were born, Elissa Mary, Crystal Jewel, and Robert James (RJ). After working on a couple of ranches in Arthur and McPherson Counties, she and Jim moved back to the family ranch north of Whitman in Cherry County in 1978 where their children went to Lackey School until 1987. Lois and the children then moved to Mullen during the school year and traveled back and forth to the ranch on weekends and during the summer. In 1994, Lois started a custom embroidery business, Sandhills Embroidery, which she operated for 27 years, eventually closing the business due to health reasons.

She was a member of the National Society of the Daughters of the American Revolution (Sandhills Chapter), Embroidery Trade Association, and the National Rifle Association. Her most enjoyable times were following her children and grandchildren to school events. She got to watch her son and then grandsons play in Lincoln for the state football championships in 1998 and 2018.

A Celebration of Life will be April 11, 2022, at 11:00 am MT at the United Methodist Church in Mullen, NE with Pastor John Parsons officiating. The service will be livestreamed at www.govierbrothers.com.  Memorials are suggested to the Mullen Volunteer Fire Department or Seneca Cemetery. A visitation will be held on Sunday, April 10, 2022, from 5:00 to 7:00 pm MT at the Mullen Funeral Home in Mullen, NE. Govier Brothers Mortuary of Mullen are in charge of arrangements. An online guest book may be signed at www.govierbrothers.com.