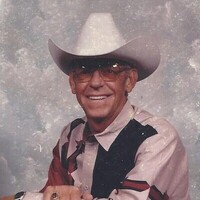 A Memorial service will be held on Monday, May 9, 2022, at 2:00 pm at the St. Joseph’s Catholic Church in Broken Bow. Memorials are suggested to the Broken Bow Fire and Rescue, where grandson Zeke Atchison has been an active member since 2012. Govier Brothers Mortuary is in charge of arrangements. An online guest book may be signed at www.govierbrothers.com

Lyle Kermit Barnes, Jr. was born on November 2, 1946, weighing 13 pounds according to the chicken scale. He was born to Mary Alice (Patterson) and Lyle Kermit Barnes, Sr. He attended grade school in Brewster and Dunning before moving to Broken Bow in 1964. Graduating from Broken Bow High School in 1965. He worked in the hayfields thru high school.

Lyle married Janice Louise Wilcox Carson on August 22, 1969. From this union, they had four children, Misty, Sandy, Cory, and Jeff. For the majority of his life, he was either ranching or working in a feedlot, as well as a member of the National Guard for 26 years in Broken Bow. His enjoyment was bowling, his 6 o’clock coffee at The Tumbleweed, and coaching his boys in Baseball. He loved playing basketball and old man softball, and his grandkids and great-grandkids were the love of his life.