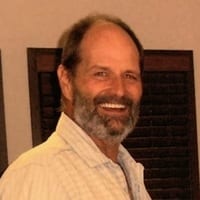 He was born to Glen Clifford and Donna Mae (Bacon) Shadley on April 1, 1952 in McCook, Nebraska.  He attended school in McCook and graduated from McCook High School with the class of 1970.  Marcy married Carol Smith in May of 1975.  The couple made Trenton their home where Marcy worked for and retired from Burlington Northern Railroad.

Marcy was a modern-day mountain man; he tanned hides, built bows and arrows as well as his own jewelry.  He enjoyed fishing, hunting, painting, and cooking.  Marcy loved music; he played guitar in a band and he would also play and sing to his children and grandkids.

He was preceded in death by his mother, Donna Guthrie; father, Glen Shadley; Stepdad, Eldon “Gus” Guthrie; and a brother, Douglas Shadley.

A Celebration of Life Gathering will be held on Friday afternoon, January 15, 2021 from 5:00 – 7:00 P.M. (CT) at Herrmann-Jones Funeral Chapel in McCook.  The family asks that you come share stories and fellowship.  There will be no viewing as Marcy chose cremation.  A private family scattering or cremains will take place at a later date.  Memorials are suggested to the family of Marcy Shadley for future designation.  Online condolences may be left at herrmannfh.com.  Herrmann-Jones Funeral Chapel is entrusted with arrangements.