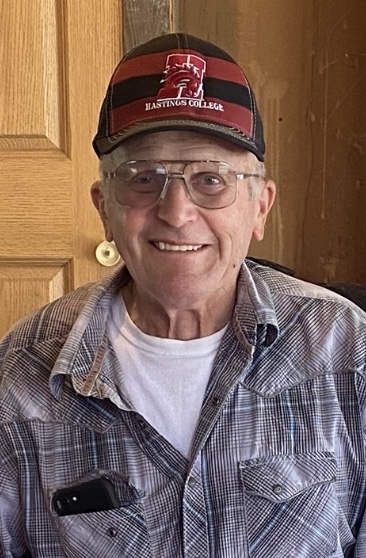 Funeral services will be Monday, November 1, 2021, at 10:30 am at the United Methodist Church in Broken Bow with Pastor Phil Sloat officiating. Burial will follow in the Westerville Cemetery with Military Honors in Westerville, NE. Memorials are suggested to the Custer County Foundation. A visitation will take place on Sunday, October 31st from 2:00 to 4:00 pm at Govier Brothers Mortuary in Broken Bow. Govier Brothers Mortuary are in charge of arrangements. An online guest book may be signed at www.govierbrothers.com.

Richard was born on August 25, 1941, in Arcadia, NE to Kenneth and Maxine (Scott) Slingsby.  He was the fifth of eight children.  He grew up on the family farm in Arcadia and graduated from Ansley High School in 1959.

On June 13, 1965, he married Caroldean Buechler in Thedford, NE.  To this union, four children were born:  Lois, Jalea, Janae, and Jamie.

Richard worked for 32 years drilling wells for Sargent Pipe/Irrigation.  He then was employed with Custer County Implement, while also farming his family’s homestead.  In later years, he worked for Bossen Livestock Company.  Upon his retirement, Richard became a “professional” coffee drinker at the Tumbleweed Café.

Throughout his retirement, Richard enjoyed traveling throughout the state of Nebraska watching his grandchildren participate in their extra-curricular activities.

Richard was preceded in death by his wife of 51 years, Caroldean, his parents, his infant daughter, Lois, and one brother (Ron Slingsby) and one sister (Louise Fiene).