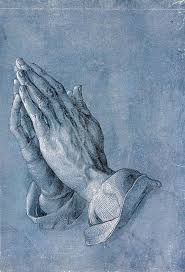 Ronald B. Connick, of Sutherland, passed away surrounded by his family at Great Plains Health on January 30, 2022, following recent health complications.  He was 74 years old.

Ron was born at Lynch, NE, on November 22, 1947, to Darrell and Frances (Thompson) Connick.  While growing up, Ron attended school in Niobrara, NE, Colon, SD, then Spencer and Bassett, NE, and eventually Elgin after moving there in the summer of ’63. He went on to graduate with the Elgin Public Class of 1966.

On June 14, 1969, Ron was united in marriage to Diane Bennett in Elgin and to this union three sons and a daughter, Patrick, Kelly, Troy and Michael, were born.

Ron worked at the Hormel Plant in Fremont, was the parts man for Bennett Implement in Elgin, then sold insurance for Liberty America.  After living in Marble Falls, TX, the family moved to Windsor, CO, in the ’90’s then to Tryon.  Ron hired on with the Union Pacific Railroad and worked as a Diesel Mechanic until retiring in 2015.

Ron was a wonderful husband and loved being around family, his children, grandchildren, great-grandson, nieces and nephews.  He also loved camping, fishing, hunting and just being outside. Anytime he could, he would take the family camping and fishing. They spent a lot of time together on the Missouri River and Ron even taught his kids and others how to water ski. Ron was dearly loved and will be greatly missed.

He was preceded in death by his father, Darrell Connick; brother, Ken Connick; sister-in-law, Karen Connick; and stepfather, Jerry Prewitt.

Visitation with family present will be held from 4-6 p.m. on Wednesday at Odean Colonial Chapel and Friday from 5-7 p.m. at St. Boniface Catholic Church in Elgin with a Wake Service to follow. Mass of Christian Burial will be held at 10:30 a.m. on Saturday, February 5, 2022, at St. Boniface Catholic Church. Arrangements are with Odean Colonial Chapel and Levander Funeral Home.  Online condolences may be shared at odeanchapel.com.