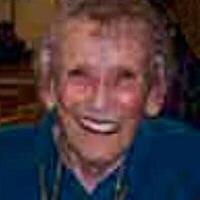 Wilma Arlene (Winters) Neal, 90, of North Platte, went home to be with her Lord on August 17, 2021 at her home.  She was born of Warren and Ora (Miller) Winters, of Ringgold, Nebraska, on September 25, 1930.  She attended elementary rural school at District 1 in McPherson County and graduated from high school in McPherson County in May of 1948 as valedictorian of her class.  The following September she began teaching rural school and on October 15, 1948 was married to her high school sweetheart, John L. Neal.  She taught in McPherson and Thomas County for 15 years.  Teaching was her gift and passion.

Wilma and John were married in a ceremony at the Tryon courthouse with family members present.  To this union 2 sons were born, James William (Jim) on August 28, 1951, and Rex Jay on January 2, 1960.

When Wilma’s mother could no longer stay alone John and Wilma took her into their home and cared for her for several years.  After her mother’s passing Wilma worked at Burger King.  After her son Rex was gone, she worked for Rainbow Carpet Cleaning Company.

Wilma repented of her sins March 8, 1959 and found forgiveness of sins and a real peace with God.  Three months later she surrendered her life to the leadership of the Holy Spirit and her heart was transformed by the cleansing power of the shed blood of Jesus and she found real rest in Him.  She was a member of the Ringgold Free Methodist Church for over 55 years.

Wilma’s son Jim has been her caregiver since her heath began to decline.  Memorials are suggested to the Ringgold Free Methodist Church, Tryon, Nebraska

Funeral services will be 2:00 p.m., Saturday, August 21, 2021 at the Ringgold Free Methodist Church, Tryon, Nebraska, with Rev. John Parsons officiating.  Visitation will be 9:00 a.m. to 6:00 p.m., Friday, August 20, 2021 with family receiving friends from 4-6 at Adams and Swanson Funeral Home who is in charge of arrangements.